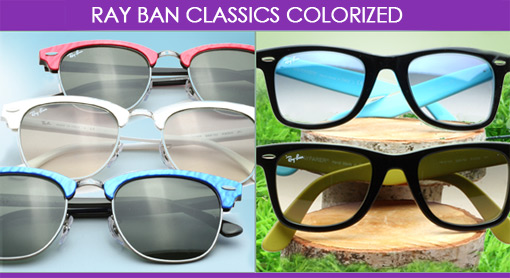 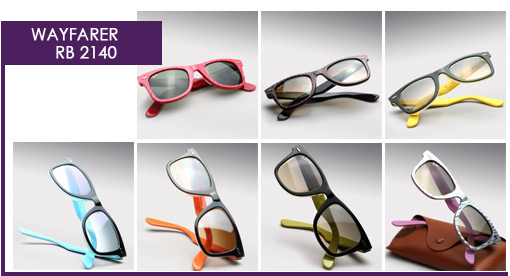 Also new are marbleized finished: red, purplish brown, and gray with pink inside *

Be sure to check out some other non USA colors such as the navy* and light tortoise* (both great summer colors). 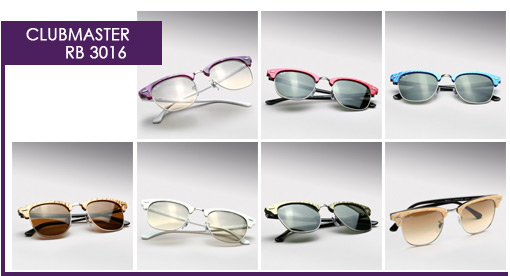 The classic 1950’s /60’s Ray Ban Club Master started popping up everywhere in 2008/2009. They are now available in 9 colors total. New for summer 2009 they are offered in All American: Red, White, and Blue. Safari style earth tones : Brown, Beige, and Green* .Plus the sweetly sublime purple and white*. 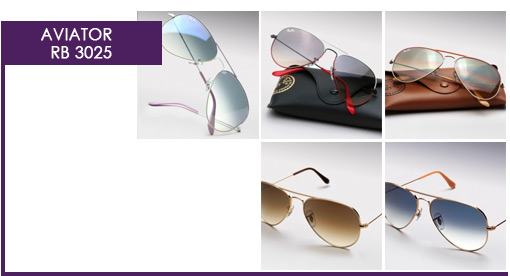 The Ray Ban aviator is easily one of the most recognizable sunglasses of all time.
New for the summer are:

The two new gold frames (with gradient blue lenses and with gradient brown lenses) are really nice color ways. They are understated and classic but have a little more style than the old fashioned gold /G15

This entry was posted on Wednesday, May 13th, 2009 at 7:25 pm and is filed under New Arrivals. You can follow any responses to this entry through the RSS 2.0 feed. You can leave a response, or trackback from your own site.